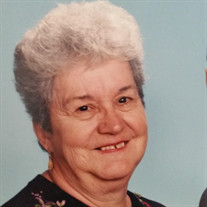 ANTOINETTE JACOMO OBITUARY Antoinette Jacomo of Marietta, GA and formerly of Hasbrouck Heights, NJ and Little Ferry, NJ passed away on August 26, 2018. Born on October 1, 1929 in West New York, NJ to Geraldine and Frank Brkuljic who had immigrated to the United States from Croatia. She married her High School sweetheart, Raymond Jacomo, on September 17, 1950 and was happily married for 51 years until his passing in August 2001. Beloved mother of John (Itsumi) Jacomo of Fountain Valley, CA, Francine Jacomo of Marietta, GA with whom she lived in her final years and Raymond (Michelle) Jacomo of Ballston Spa, NY. She also had a son, Joseph, who died in infancy. She is survived by her beloved grandchildren Dominick, Raymond, Tony, Joseph, Rachel, David, Ray and John and her four great grandchildren, several nieces, nephews, great-nephews and great-nieces. She lived in Hasbrouck Heights for 25 years and is remembered by many as a Girl Scout Leader including Cookie Chairman, Cub Scout Den Mother, School Crossing Guard and many volunteer hours for the schools, the Swim Club and Corpus Christi Church. She enjoyed many years in a Ladies Bowling League at Lodi Lanes. Following retirement in 1985, she enjoyed her later years helping raise several of her grandchildren and spending summers in the Poconos. She will always be remembered for her love of life and being a loving, caring and giving person. She never passed up an opportunity to perform charitable work or help others. Although we will miss being in her presence, she will forever be in our hearts and in the hearts of all she touched.

The family of Antoinette R Jacomo created this Life Tributes page to make it easy to share your memories.

Send flowers to the Jacomo family.