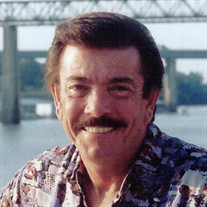 James William Nolan, 77, passed away on Thursday, June 6th at Memorial Sloan Kettering in NYC. Born December 20, 1941 at Holy Name Hospital in Teaneck, NJ, James was the son of Rita Marie Bilz and William Edwin Nolan. Jim attended Regis High School in NYC, then transferred to Bergen Catholic HS for his final two years. He graduated from Seton Hall University in 1963 with a Bachelor’s Degree in Business Administration & Accounting. He served in the Army National Guard and was deployed to San Francisco during the Hunters Point social uprising. Jim worked as a CPA and Personal Financial Planner. He was self-employed for the vast majority of his career, and shared professional partnerships with Walter Zawacki, Frederick Maroney, Gerald Viola and Deborah Abate-Canetti. For the past 15 years, Jim served as the unofficial CFO of Bergen County Harley-Davidson and had been the businesses CPA and trusted advisor since its inception in 1975. Jim was a long- standing member of the American Institute of Certified Public Accounts, and the NJ Society of CPAs, serving as the latter’s Secretary, Director, and then President of the Passaic County Chapter Executive Committee. He enjoyed memberships in the Garden State Half-Century Region Auto Club of America, and the Morgan 3/4 Club, in which he served as long term Treasurer. Jim Nolan will be remembered for being methodical, strategic, practical, keen and honest. His integrity level was beyond reproach, and his work ethic, tireless. He was fun-loving, had a ton of common sense, was selfless, gentle, kind and forgiving. His most valued client has said “Jim Nolan almost never made a mistake and could be trusted implicitly.” One of Bergen County’s preeminent attorneys has said “Jimmy was an exceptional man of superior intellect and had a complete command of his profession.” He is survived by his life-partner of 22 years, Dawn Heflin, his daughter Colleen Nolan Desmarais, son-in-law David Desmarais, daughter Tricia Nolan and her life-partner, Elizabeth DiGennaro, granddaughters Taryn and Taylor Emerick, grandsons Luke and Wyatt Desmarais, sisters Maureen Greenquist and Doreen Rita Nolan, and his brother and fishing buddy, Timothy Nolan. A Funeral mass will be held on Monday, June 24 at 11AM at St. Anthony Church, 276 Diamond Bridge Ave, Hawthorne, NJ 07506. A memorial luncheon in his honor will immediately follow from 12:30-3:30PM at the Unitarian Society of Ridgewood, 113 Cottage Pl, Ridgewood, NJ 07450. In lieu of flowers, the family kindly asks that donations be made in his name, to brain cancer research via: http://mskcc.convio.net/goto/JamesNolan Flowers will not be necessary.

The family of James William Nolan created this Life Tributes page to make it easy to share your memories.

James William Nolan, 77, passed away on Thursday, June 6th at...

Send flowers to the Nolan family.