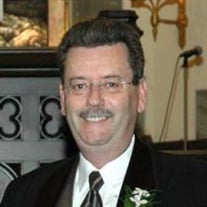 Jerre Snyder, an adventurer and business aficionado with bulldog determination died on March 3, 2016 at age 61. While his life ended too soon, he had more adventures in his six decades than a roomful of people will experience in their lifetimes. Born in La Junta, Colorado to Allen and Norma (Shenk) Snyder, Jerre’s first adventures were experienced on their family farm in Cheraw, Colorado, learning to drive a tractor by age 8, and taking his turn patrolling the family’s flock of turkeys from the ever-present pack of marauding coyotes - all the while armed with his trusty Springfield rifle. Later, when his family moved away from the farm to the “metropolis” of Hesston, Kansas, he poured his energy into work. While in high school, he managed a pizzeria and later became the youngest Hallmark store franchisee in the company’s history. Jerre still found time for adventure in the form of adolescent mayhem and mischief. The antics of his high school years are quite famous even today, and are never told to anyone under the age of 18. Seriously. Jerre finished college as the top ranked business school student in his graduating class at Wichita State University, achieved as a full time student, while working full time and raising a young family to boot. He went on to grow his career as an accomplished turnaround specialist who had a gift for turning unprofitable companies into viable, healthy entities. He attained executive level positions in both the grain and specialty food industries before his battle with neurodegenerative brain disease required him to retire - long battle he fought stubbornly and valiantly. He took great joy in his soul mate of 27 years, Becky (Carroll), his children, Jenni Snyder of Siem Reap, Cambodia, Jamie Snyder and his wife Alex of Hebron, KY, Jack Snyder of Wood Ridge, NJ, and his three grandchildren, Cy, Cruz, and Hazel of Hebron. The family will hold a private memorial and honor Jerre’s request to have his ashes scattered in his “heaven on earth” in the Colorado Rockies. In lieu of flowers, the family requests you perform a random act of kindness in his name or make a donation to Cure PSP (www.psp.org) to help the fight against neurodegenerative brain disease.

Jerre Snyder, an adventurer and business aficionado with bulldog determination died on March 3, 2016 at age 61. While his life ended too soon, he had more adventures in his six decades than a roomful of people will experience in their lifetimes.... View Obituary & Service Information

The family of Jerre Snyder created this Life Tributes page to make it easy to share your memories.

Jerre Snyder, an adventurer and business aficionado with bulldog...

Send flowers to the Snyder family.