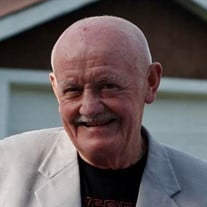 Peter Francis Joyce, 82, passed away on January 31, 2021 Peter/Pete/Uncle Petey was born on June 13, 1938 in Roundstone, County Galway, Ireland to Nora and Thomas Joyce. Pete was the 2nd born and was very close to his siblings John, Michael and Mary. There was an innocence running around the beautiful, rocky countryside of Connemara in the 1940s & 50s. However, there wasn’t much opportunity for work in those days, so Pete sailed off to America in 1957, when he was 19 years old. Pete lived with his Aunt Kathleen in Inwood, NYC and took on a variety of jobs but ended in the restaurant/bar business and landed a job in the renowned City Center dance hall in NYC later in the 1960s. Here he met Mary Fuller and they were wed in 1969. They lived in Riverdale, NY and had baby Ciara Maureen and moved up to Woodlawn, NY. Pete loved being a bartender and was the ultimate entertainer and could put Tom Cruise to shame in the movie Cocktail. He worked in many different locations in NYC, including a stint out in Bay Ridge, Brooklyn and ended his bar career working many years in Muldoon’s on 43rd/3rd in Manhattan. Pete eventually migrated over the George Washington Bridge and lived in Fort Lee for almost 50 years, where he attended the local gym regularly. It is here where he discovered his love for running and became an avid marathon runner. Pete even qualified for the Boston Marathon in his 50s, but nothing made him happier than running the NYC Marathon and celebrating after at Rosie O’Grady’s. Pete was the ultimate entertainer and was never shy to grab the microphone to sing a favorite Elvis tune. Pete and his longtime girlfriend Patricia Carr used to love to go on annual trips to San Francisco and loved to visit his beloved family in England and Chicago. Pete was a proud father of Ciara and an even prouder grandfather to Maeve, Mairead and Fiona. He never stopped for a moment and recently became a security guard and continued exercising at the gym daily at 82 years old. Pete is survived by his daughter, Ciara and her husband Matthew Kelly, granddaughters Maeve, Mairead, and Fiona; his brother, John Joyce; sister Mary and her husband Mick Flaherty; and his sister-in-law Kathy Joyce and predeceased by brother Michael Joyce. A memorial service will take place on Friday, July 30th at 10:45am at Church of the Precious Blood, Monmouth Beach, NJ. https://www.churchofthepreciousblood.org/

Peter Francis Joyce, 82, passed away on January 31, 2021 Peter/Pete/Uncle Petey was born on June 13, 1938 in Roundstone, County Galway, Ireland to Nora and Thomas Joyce. Pete was the 2nd born and was very close to his siblings John, Michael... View Obituary & Service Information

The family of Peter Francis Joyce created this Life Tributes page to make it easy to share your memories.

Send flowers to the Joyce family.