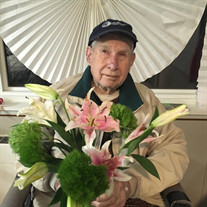 Obituary of Peter C. Pietrucha, Esquire Peter C. Pietrucha, 95, of Chatham Township passed away peacefully on Easter Sunday, April 16, 2017. A Mass of Resurrection will be celebrated at Corpus Christi Church, 234 Southern Blvd, Chatham, on Friday, April 21st at 10:30am. Burial will follow at The Fair Mount Cemetery. Born in Newark, Peter attended Sacred Heart of Jesus School in Irvington and West Side High School in Newark, NJ. He studied pre-law at the University of Newark (now known as Rutgers University) from 1940 – 1941 but left to serve our country from 1942 – 1945. He completed the undergraduate pre-law program at the University of Fordham in 1947 and received a Degree (LL.B.) of Law from St. John’s University School of Law in 1950. In September 1942, Peter enlisted as a private in the U.S. Air Force and served as a navigator with the 456th Bomb Group in the Mediterranean Theatre of Operations. He was discharged in September of 1945 as a First Lieutenant, after receiving the Air Medal with three Oak Leaf Clusters. Peter continued to stay active in the reserves and served as an Associate Judge Advocate at McGuire Air Force Base. He attained the rank of Lieutenant Colonel and was presented with the Air Force Medal with Commendation Citation in May 1973. Peter was admitted to practice law in the States of New York and New Jersey; the United States District Courts for the State of NJ and Southern District of NY; the U.S. Immigration and Naturalization Service; the Treasury Department; and the United States Supreme Court. He maintained an active law practice in Irvington, Union, and Chatham; served as the Aide to the Mayor of Newark; and was legal counsel to and a Board of Trustee member of Pulaski Savings and Loan Association. Peter married his sweetheart, Jeannette, in 1954 and they were married for 60 years before she predeceased him. They lived the majority of their life in Chatham, NJ and raised five children. He leaves behind his daughters Joan, Carolyn and her husband Keith, and Donna as well as his sons Peter Jr. and Robert and his wife Wendy. His cherished grandchildren, Holly and husband Mark, Christie, Adam, Melissa, Bryan, Victoria, Robert Jr., and Bradley, also survive him. Two of Peter’s six siblings, Jeanette and Rev. Edward, survive him as well. Proud of his Polish heritage, Peter became active in various Polish organizations and served as President for many of them. He was active in the Chatham community and coached Little League baseball and soccer when his children were young. He was an avid gardener and created plaques for his irises, with nicknames, based on the names of his children, grandchildren, and pets. He especially loved the game of golf and was “a regular” at Picatinny Arsenal Golf Course where he could boast earning two holes-in-one on the same hole. In lieu of flowers, donations in his name may be made to the Polish University Club of NJ Scholarship Program, PO Box 148, Mt. Freedom, NJ 07970-0148.

The family of Peter C Pietrucha created this Life Tributes page to make it easy to share your memories.

Send flowers to the Pietrucha family.